Back to News
The Force of Brutalism on Modern Interiors 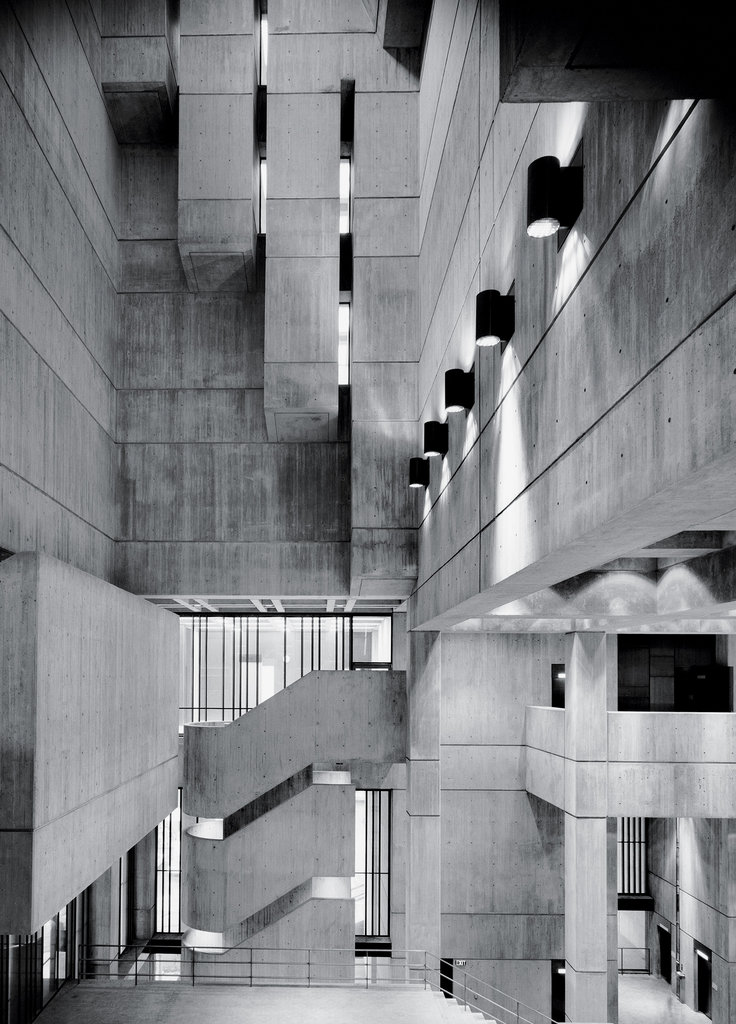 Brutalist buildings are usually constructed with reoccurring modular elements forming masses representing specific functional zones, distinctly articulated and grouped together into a unified whole. Concrete is used for its raw and unpretentious honesty, thus contrasting dramatically with the highly refined and ornamented buildings constructed in the elite Beaux-Arts style. Surfaces of cast concrete are made to reveal the basic nature of its construction, showing the texture of the wooden planks used for the in-situ casting forms. Brutalist buildings may use other materials such as brick, glass, steel, rough-hewn stone, and gabions. Conversely, not all buildings exhibiting an exposed concrete exterior can be considered Brutalist, or may belong to one of a range of architectural styles including Constructivism, International Style, Expressionism, Postmodernism, or Deconstructivism.

Although the Brutalist movement was largely over by the late 1970s and early 1980s, having largely given way to Structural Expressionism and Deconstructivism, it has experienced a resurgence of interest since 2015 with the publication of a variety of guides and books, including the Brutalist London Map (2015), This Brutal World (2016), SOS Brutalism: A Global Survey (2017) as well as the lavish Atlas of Brutalist Architecture (Phaidon, 2018).

Many of the defining aspects of the style have been softened in newer buildings, with concrete façades often being sandblasted to create a stone-like surface, covered in stucco, or composed of patterned, pre-cast elements. These elements are also found in renovations of older Brutalist buildings, such as the redevelopment of Sheffield's Park Hill. Cladding of the exterior may be undertaken in part to improve the neighbours' view, and cladding itself may bring fire risks; this is widely seen to be one of the causes of the 2017 Grenfell Tower fire